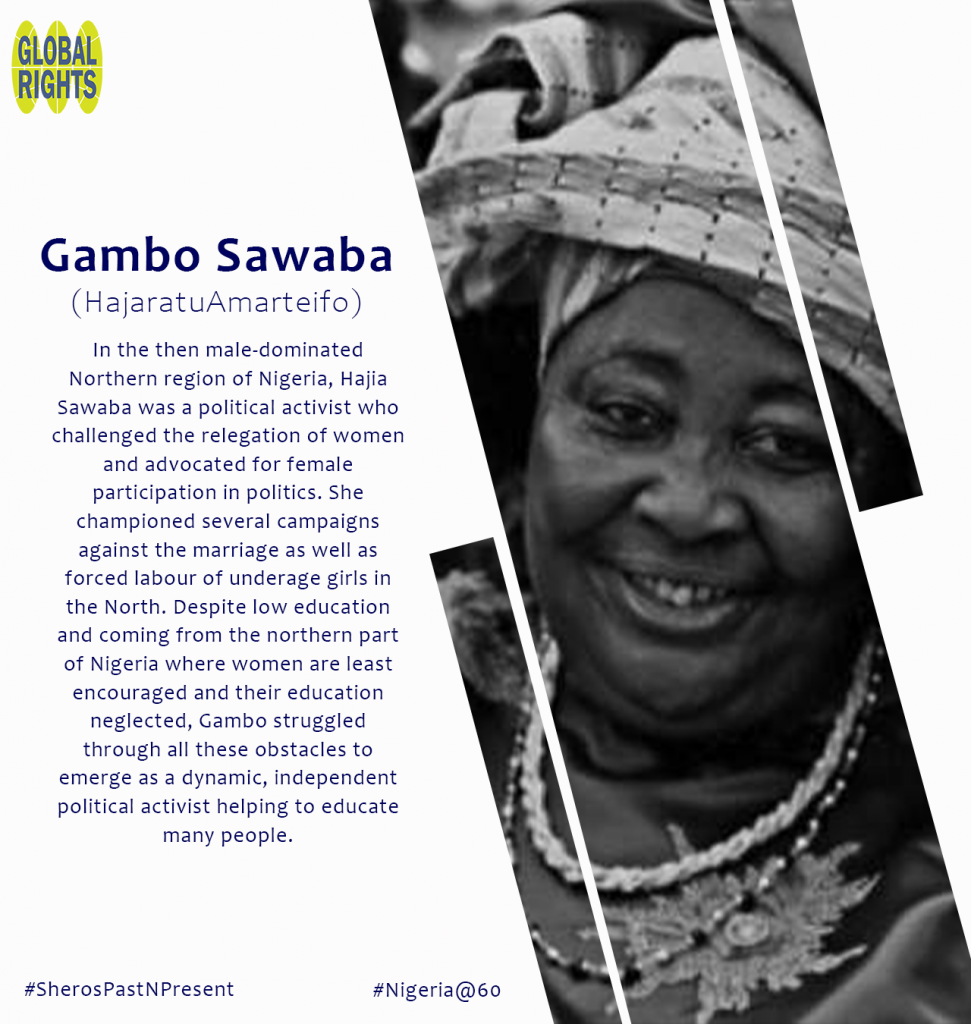 Born in Zaria, Kaduna state to Fatima (Nupe) and Isa Amarteifo (a Ghanaian), Gambo Sawaba was a Nigerian politician and activist and was well known for her charitable causes, especially for fighting for the liberation of northern women.
Hajia Sawaba began her political career at the age of 17. In a region dominated by the Northern People’s Congress (NPC), which had the support of the Emirs and British Colonial Authority, Hajia Sawaba belonged to the Zaria branch of the opposition group, Northern Element Progressive Union (NEPU), whose early message was of anti-colonialism and anti-corruption.
Gambo was made women’s leader at Kaduna’s Sabon Gari branch. At one point she traveled to Abeokuta to meet female activist – and mother of singer Fela – Funmilayo Ransome-Kuti. Gambo had read about her successful protest against the taxation of Egba women.
A few months later, Gambo made a name for herself when, at a political lecture in Zaria, she climbed on to a podium and spoke out in a room full of male contemporaries. She continued to raise her profile by going door-to-door and meeting women who weren’t allowed to attend political activities because of their gender. Gambo was said to have been sent to jail 16 times in her lifetime and was often brutalized by the police. She campaigned against the marriage of underage girls and the use of forced labor. She was also a great advocate of Western education in the North.
Despite low education and coming from the northern part of Nigeria where women are least encouraged and their education neglected, Gambo struggled through all these obstacles to emerge as a dynamic, independent political activist helping to educate many people.
By webmaster|2020-10-22T17:45:41+01:00October 22nd, 2020|Sheroes|0 Comments