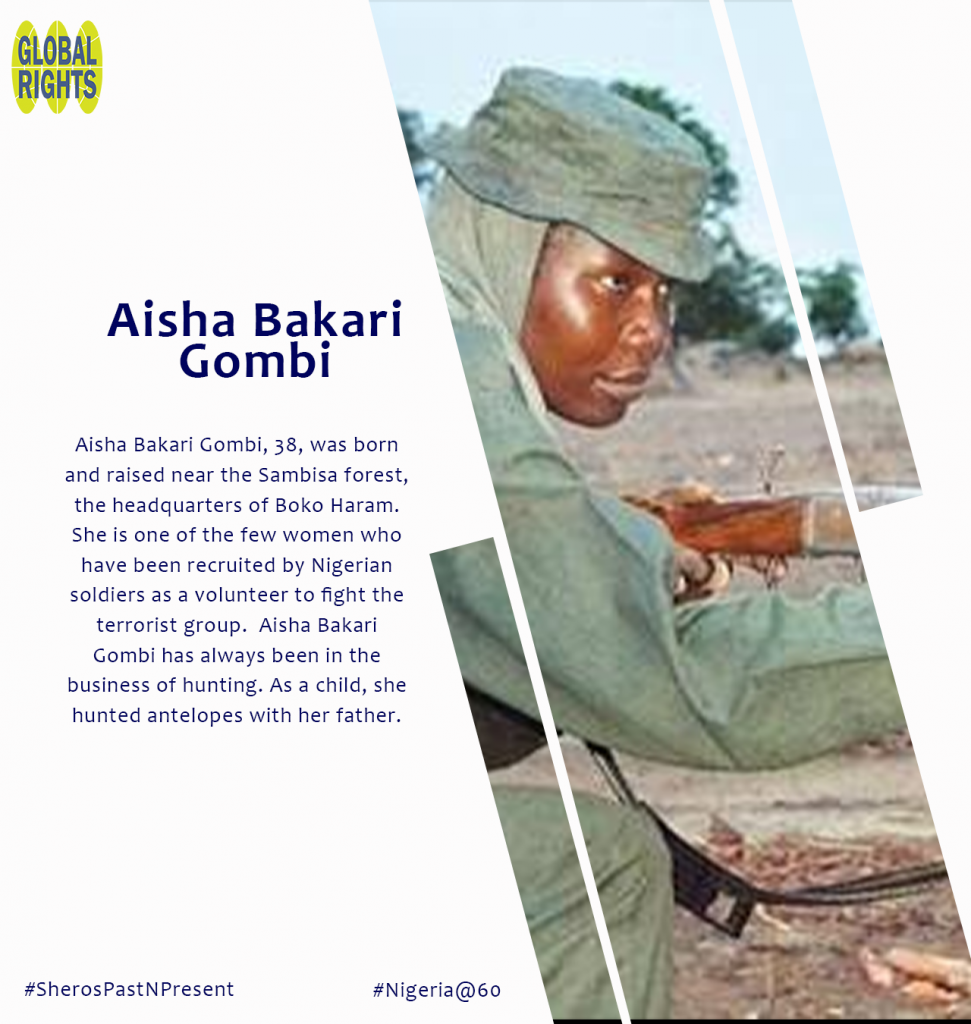 Aisha Bakari Gombi, 38, was born and raised near the Sambisa forest, the headquarters of Boko Haram. She is one of the few women who have been recruited by Nigerian soldiers as a volunteer to fight the terrorist group.  Aisha Bakari Gombi has always been in the business of hunting. As a child, she hunted antelopes with her father.

Her experience and knowledge of the forest has made her the leader of a team with 15-20 volunteers despite her limited training in military operations. She is a woman of mean repute, whose bravery and keen hunting abilities have earned her the title of ‘Queen Hunter’.  Her record is also admirable as her team has been able to rescue a high number of Boko Haram captives and neutralize the sections of the terrorist group.